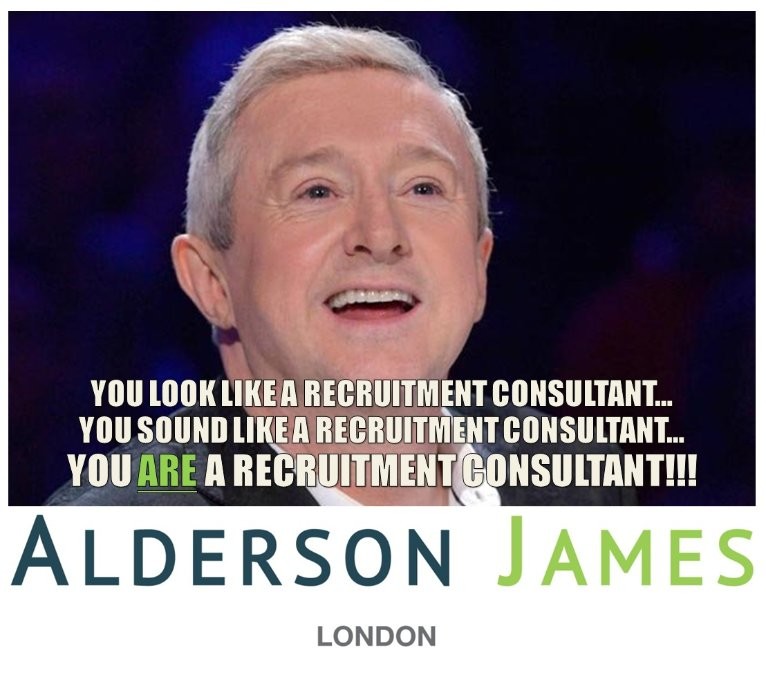 The Perfect Storm: The X Factor & The Apprentice

For those of you that have any time to watch the TV of an evening, you may appreciate a reminder here that it’s that time of year again when TV ‘favourites’ namely The Apprentice and The X Factor have hit UK screens.

Those of you that don’t watch TV… Well, you probably wouldn’t care.

While this is, in some ways, good television and as such watching both programs represent a pleasant way of dispensing with your Wednesday, Saturday and Sunday evening – there, for me, is a very concerning trend appearing in the way that people conduct business in my world which manifests itself during the running season of both of these shows.

Ladies and Gentlemen, Boys and Girls, let me introduce you to the concept of X-“Factorisms” and “Apprenticeness”. It’s time… to face… the musiiiiiiiic!!! Apparently.

Yes – when both of these shows run, elements of their cultural make-up creep in to Recruitment on a seemingly more and more marked basis the longer that people pay attention to them. Of course, there are countless parallels between the modus operandi of both shows and what I, and many of you reading this, do; selling, presiding over candidacies, representing products, and making judgments, so it would be natural for elements of this seam of popular culture to permeate into our work.

To break it down, and isolate some of these “isms” and “nesses” I have compiled a useful list of 5 of the most common “X-Factor-isms” that people say to me on a day-to-day basis:

Rightfully the number one here and a big favourite from Cowell and Co, often employed post interview, from the client side. Its usage is definitive and is often seen as a mechanism to negate any need for detailed feedback. Almost like a modern day “Next!”. What really galls is the authoritative usage of the phrase, and the fact that people who use it tend to do so in a way that is entirely superior – almost like they eeny-meeny-miny-mo’d it.

Perhaps criticism of this statement is harsh, but it is certainly a phrase that has come into use since the advent of The X Factor, and The Apprentice. On the plus side it is a succinct yet comprehensive “summary in a phrase”, but negatively I find its onomatopoeia rather crude in a business sense. I have, however, used it – for my sins.

“He/She has the likeability factor”

What? So you like them? In what sense? This one is often dropped in as a bridge to a contradictory statement about a candidate’s lack of suitability for a role. For example; “I met with Mary this morning, and she seemed like she had really prepared for the interview. She definitely had the likeability factor, but unfortunately her market experience is not really what we’re looking for”. Liking someone fundamentally doesn’t seem to matter, particularly in a recruitment context. It’s ultimately down to whether they are qualified enough for a role under a set of predefined parameters. While I appreciate if you don’t have the “likeability factor” things might be difficult, if you are steaming hot at your job – there’s a chance you’ll be offered a role anyway.

“He/She reminds me of a young Robbie Williams”

I have never have a client advise me that the candidate I have presented for interview was physically reminiscent of Robbie Williams, that would be plain bizarre, especially if applied to a female candidate – but frequently the fundamental basis of the above phrase has been used in relation to current members of the sales team, vaunting those individuals to a level of credibility and high regard, whilst simultaneously demonstrating how insightful and perceptive the person who has used the phrase is.

I am not joking, someone used this. I don’t even think they realised – but they definitely did it. Need I say any more?

…and there’s more. But I shouldn’t leave “Apprentice-ness” out here; because that TV show has a lot to answer for too.

“Apprenticeness” is a state of being. It’s a way of behaving that, despite being once confined to our television screens, now becomes a visible part of business conduct and comportment. Yes, it’s that banal, rookie, fresh-on-the-screen Apprentice Candidate approach to everything business or commercial.

Of course, in some professional circles there is an expectation that you would be an overconfident, bolshie, rude, and downright moronic piece of work – isn’t there?

It is frustrating to see on the screens because there is a way that people have begun to approach their careers and create their professional behaviours that is quite clearly Apprentice-led.

The big problem is, from a Recruitment Industry perspective, that the major element of candidate intake to the industry comes from the highly impressionable TV-munching graduate / entry-level crowd. This echelon of society have, in my opinion, generally speaking got the whole “I’m the best candidate for the job” mentality down to a tee, but sadly I have often found it’s a puffed-out chest, peacocking act which unfortunately results in a rather deflated and unproductive entry into the industry. The majority of those candidates seem to have a very short lifespan in Recruitment – rudely awakened by the lack of receptiveness from their candidate and client communities to their rather brusque style. Sometimes, however, they rise to the top – leaving a smear of selfish, grasping, unpleasant business practice in their wake. More’s the pity.

It’s worrying that I have seen certain experienced, established, and respected senior-level Recruitment professionals incorporate this bravado into their business practice, despite never having had it previously – justifying their attitude with how “great” they are just as a human being, and the strength of their sales performance and track record. With these people it’s commonly overcompensation, much like the guy with the Ferrari who has something else to hide, and more often than not I’ve seen it in experienced Recruiters whose star is falling, rather than rising.

Further to that – one enduring memory of last night’s The Apprentice is the VT of the candidates whooping, hollering and sharing high-fives about the deal they had just made. They had barely left the building. This is another aspect of “Apprentice-ness” that has trickled into business conduct and practice; the over-exuberant and premature, unconsidered approach to success. It’s like the football striker who turns away in celebration, not realising that his shot has been cleared off the goal-line. Have some decorum and awareness, guys…

It’s an unfortunate sign of the times, I suppose.

Business doesn’t need to be done in a way that is overly fronted, cosmetic, and postured, and to get ahead in life and be successful in your work, you don’t need to trample over the competition, shout them down or to use Lord Sugar’s language “mug them off”. Be aware of the competition’s strengths and weaknesses, but major on your own before you even worry about theirs.

Further to that use caution when it comes to passing judgment, X-Factor style, on anything – least of all someone’s application for a job or attendance at an interview. There’s room for that type of nonchalance in general conversation, but in a professional context it leaves a very sour taste and a strong perception of lack of consideration, attention to detail, and professionalism.

Approaching the way you do business, whether consciously or unconsciously acting with “Apprentice-ness” or “X-Factorisms”, should be done with integrity, detail, professionalism, and the time-honoured principle of doing unto others as you would have them do unto you.

“If you don’t have integrity, you have nothing. You can’t buy it. You can have all the money in the world, but if you are not a moral and ethical person, you really have nothing.”Henry Kravis of Kohlberg, Kravis Roberts & Co.